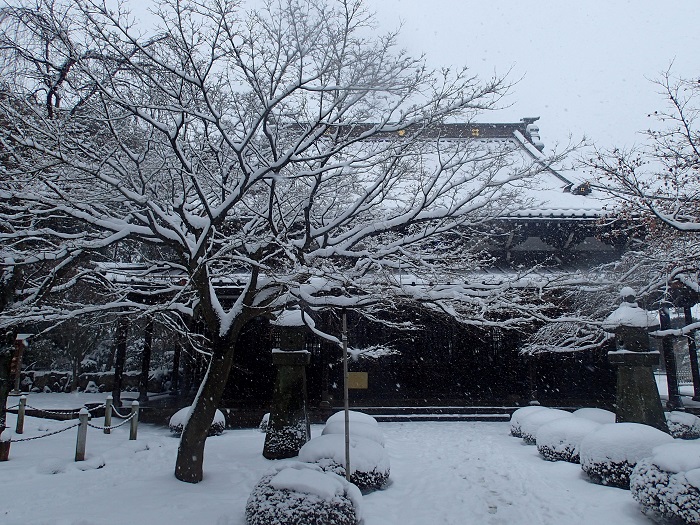 What a weekend! I prayed for snow and got a blizzard! It started coming down at about 3:00am Saturday morning (I know, because I was still up from the night before, waiting in anticipation!). After a few hours sleep, I woke up at about 7:30am, jumped out of bed and threw the curtains open, wild with excitement! What I saw, however, was not nearly as spectacular as I was expecting… basically, it just looked like mother nature had given the ground a light dusting of sugar. I thought to myself, “well, that was disappointing”. But there was no way I could have gone back to bed at that point… in fact, the adrenaline got me through the entire day without even feeling tired. For a girl who needs her 8 hours, that was pretty remarkable.

Mid-morning, the winds had picked up and the snow was starting to accumulate. The forecasters had predicted a blizzard late afternoon/early evening, so I knew it was now or never! I bundled myself up in my warmest clothes, threw on my rain boots and off I went. I left my house feeling on top of the world, eager to explore my wonderfully transformed neighbourhood. Everywhere was just so beautiful. How much does snow change the landscape! I went to a famous shrine in the area, Gotokuji, and was blown away by how magnificent the wooden pagoda looked against all that white. THAT is really something not many people get to see!

It was all so magical but the weather was increasingly getting worse. A couple of hours later, I returned home; cold, wet and numb! I could barely press the shutter button on my camera. It was worth it though. The snow continued all afternoon, getting heavier and heavier. It finally came to an abrupt stop around 10:00pm, and was replaced by rain. Boo. 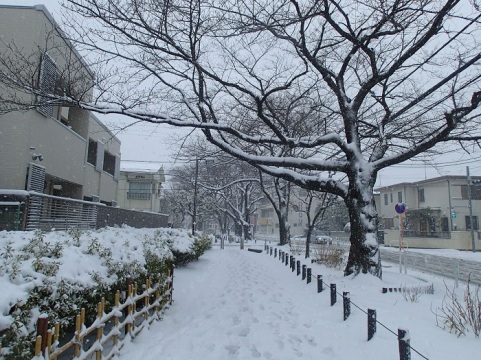 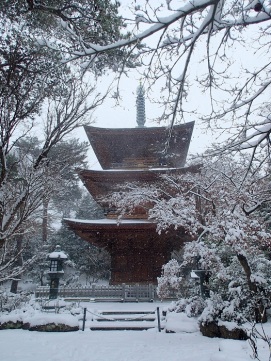 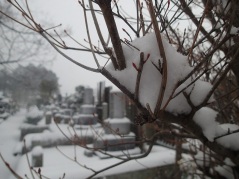 Who needs a fridge anyway?! 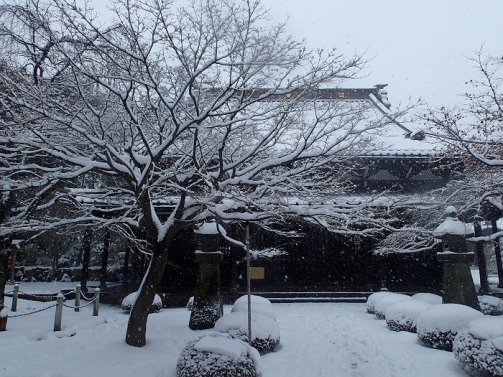 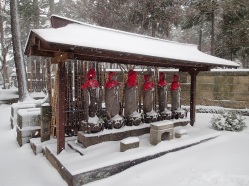 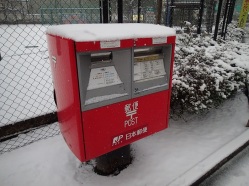 There’s something under there! 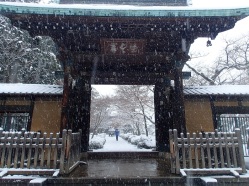 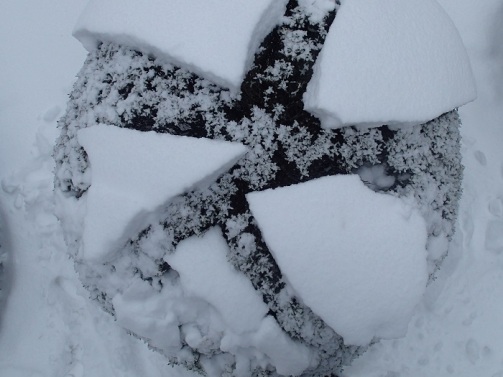 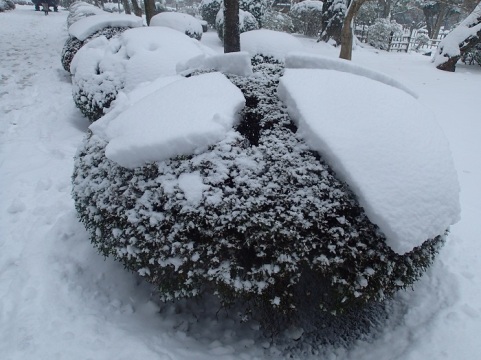 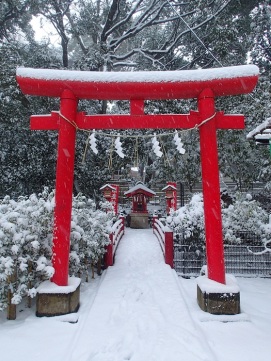 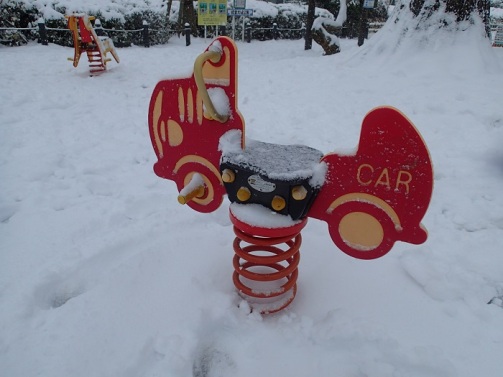 The only type of car being used today! 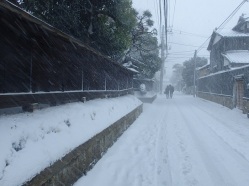 The blizzard is here! 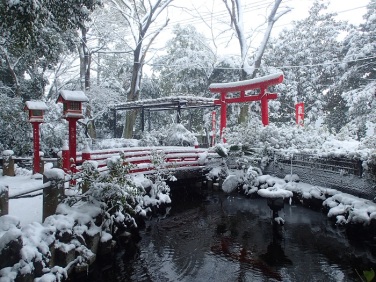 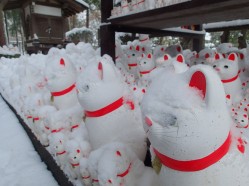 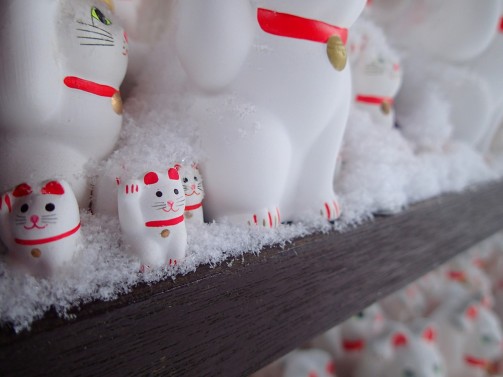 By Sunday morning, half of the snow had been washed away – either by the rain, or people cleaning up. The sun was out and the sky was blue. I was tempted to stay under my warm kotatsu (heated table), but all I could think about was going out to take more photos! Gotta make the most of every opportunity, right! So I headed to Shinjuku for the day. 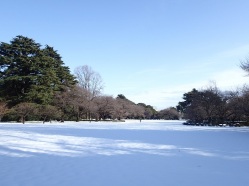 I love the wide open spaces at Shinjuku Gyoen 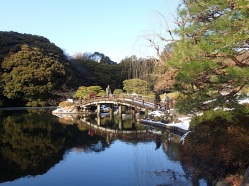 Beautiful bridge in the Japanese garden 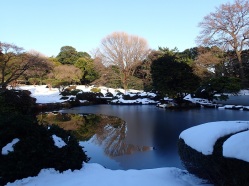 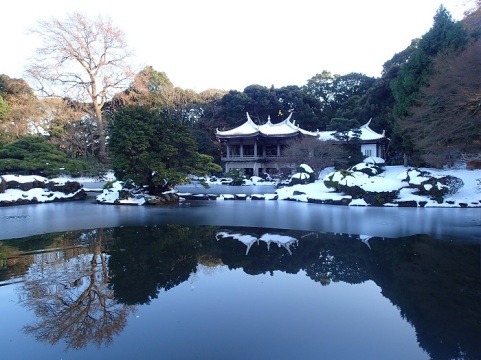 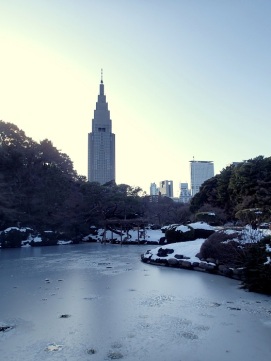 Can you see the heart <3 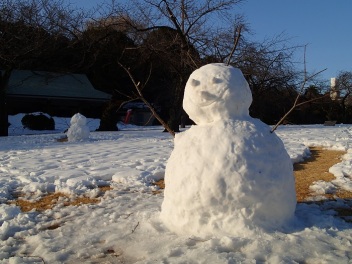 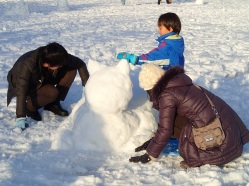 The storm ended up being the worst to hit the region in 45 years. The 27cm of snow in Tokyo caused trains and buses to be cancelled, planes to be grounded, workplaces to shut down, and the whole city to go on lockdown. It was an epic 24-hour ‘snow apocalypse’!