Living the expat life is fun and exciting. But living so far away from home is not without its challenges. I think it’s only natural to occasionally miss things you grew up knowing. Since moving to Japan in 2011, I’ve been home 4 times. Each time was like a trip down memory lane, and I was reminded of things I hadn’t thought about in a long time. It’s kind of like rediscovering your own country from a new perspective – for better or worse.

These days, aside from the obvious like family and friends, I often find myself missing meat pies, lamb chops and roast lamb with gravy, fish and chips, the cider-drinking culture, the coffee culture, restaurants/cafes with outdoor seating, the sound of lawnmowers on a Saturday morning and the smell of freshly cut grass, beach days, driving, and space (actual space as well as personal space). A strange mixture of things really! I wonder if any other Aussies abroad can relate.

A little while ago, I stumbled across a super chill little place called Bondi Cafe which was around the corner from a coffee shop I was visiting. It brought back all sorts of memories of Bondi Beach in Sydney, and it inspired me to keep searching for pieces of Oz in Tokyo. This is what I found.

Ahh, Bondi. Such an iconic place. I’ve only been to Bondi Beach a couple of times, but I have fond memories of sitting on the grassy banks watching the waves crash, going to the local markets, and enjoying the sunny Sydney weather. Bondi Cafe in Yoyogi-uehara was inspired by Bondi Beach, and is decked out in natural wood, surfboards, throw blankets, and TVs playing surf-related programs or movies. It’s a little sneak peak at the Aussie surf culture, and I could easily picture a few surfers coming in for a bite or to chill with some mates on the deck outside. 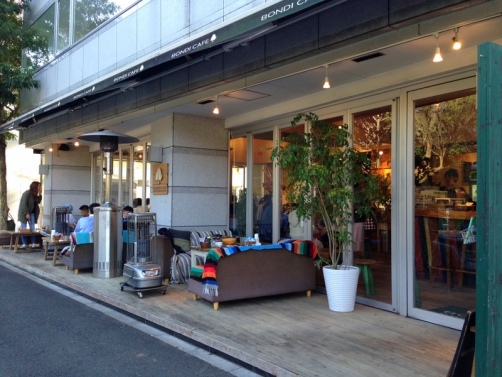 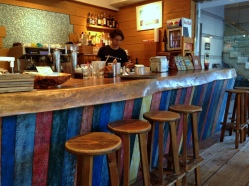 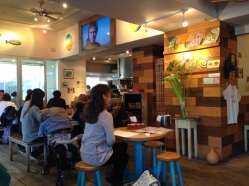 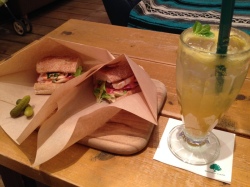 ***
A taste of Sydney @ Bills Omotesando

Possibly the most famous Australian restaurant in Tokyo is Bills in Omotesando. Mention this place to anyone, and one word springs to mind: breakfast. The whole ‘eating breakfast out’ has not caught on in Japan like it has in Oz, but luckily Bills is here to show everyone what they’re missing out on. The ricotta pancakes are what people go to eat, but I’ve had a few meals here – including chicken schnitzel for dinner and pavlova for afternoon tea – and everything has been to die for. Though, to be honest, I was just pretty stoked to see raw sugar in the sugar jar! The only thing about this restaurant is, because it’s so popular, you’re almost guaranteed to have to wait in line. My tip is to go in the evening when it’s less crowded. 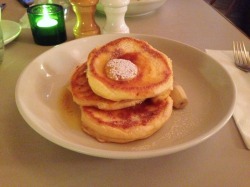 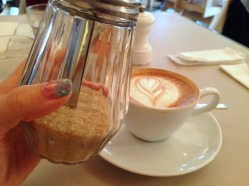 Technically, Cicada in Omotesando is a Meditteranean-inspired restaurant. But sitting in the outdoor lounge area, surrounded by pillows, white umbrellas, a water feature, and the stylish decor, I was immediately transported back to the Salt House in Cairns. The atmosphere of both places are very similar, the only difference is Cicada is in the middle of a bustling city, while Salt House is in a tranquil spot on the waterfront. 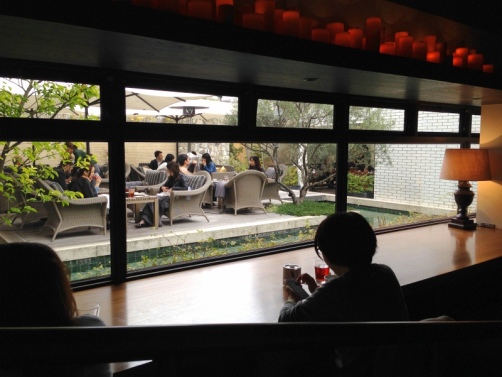 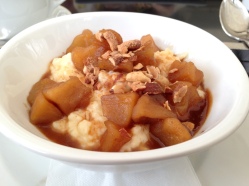 Pies… how I’ve missed you. I was so happy to learn that Pie Face were bringing their delicious meat pies to Tokyo in 2015. The Pie Face pie is a bit different to regular pies in Oz, mainly being that they use very light puff pastry. I suppose you could say they are more of a gourmet version. And of course, it wouldn’t be a Pie Face without a face. The marking on the top of each pie signifies the filling – the smiley face is my fave. The Pie Face chain started in Sydney before conquering the whole east coast then expanding to NZ and Asia. 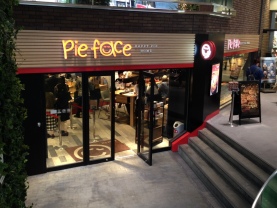 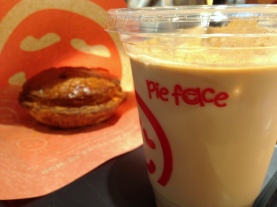 Tokyo’s coffee scene has been on the rise the past couple of years, and there was a lot of hype about Frankie when it first opened recently. This hole-in-the-wall cafe is run by a bloke from Oz, with the main focus being good coffee. A few homemade snacks are served too, like banana bread and lamingtons – major flashback! And I think it was the first time I’ve seen a flat white served in Japan. Take me back to Melbourne already! 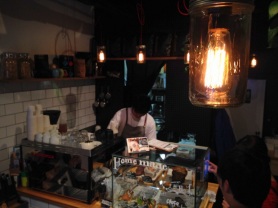 A few other things/places which have reminded me of Australia are 1) the excessive amount of Australian wine sold everywhere from supermarkets to convenience stores to department stores, 2) Max Brenner – even though it’s headquartered in America, the majority of its stores are in Oz. I have many memories of sipping hot chocolate with uni friends at QV in Melbourne, 3) Ugg boots – the brand has been bought out by an American company, but uggies, as we call them, are still very much Australian. Though perhaps we don’t wear them out of the house as much as people in Japan do! 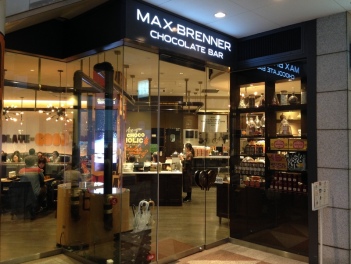 It was fun to discover these little pieces of Australia in Tokyo. If I’m ever feeling homesick, I know where to go! What do you miss when you are travelling or living overseas?