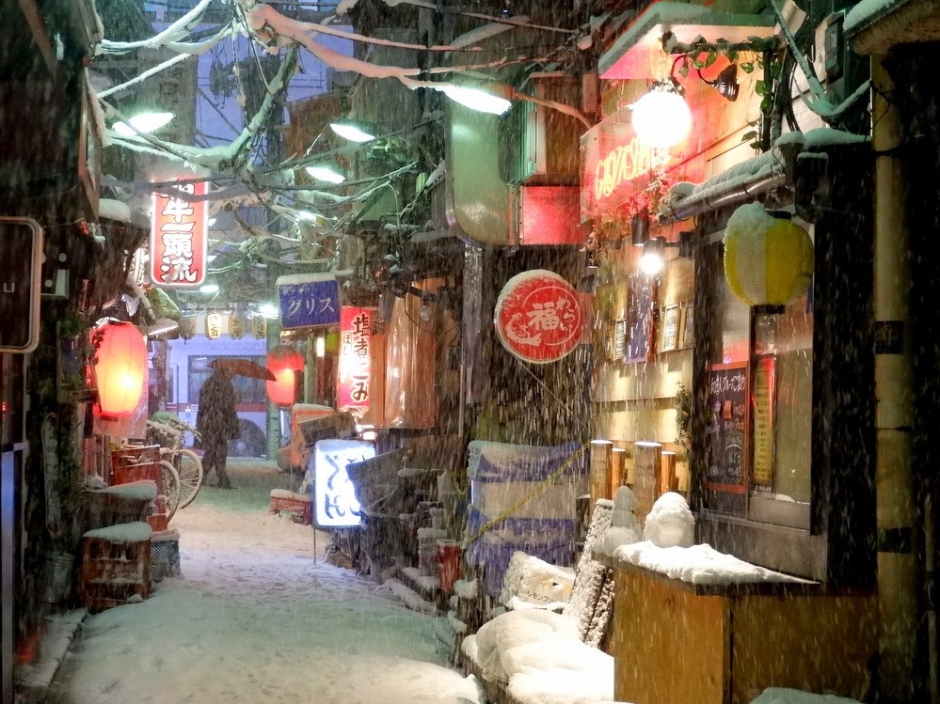 The entire country, bar the subtropical Okinawan islands, has entered a deep freeze this week. On Monday, a snowstorm swept across Honshu, and Tokyo welcomed its first heavy snowfall since the “snowpocalypse” of 2014. It usually snows only a few days a year, and rarely enough each time to accumulate on the ground. So of course, snowstorms are even rarer. Since WWII (when records started), there have only been 9 occasions when Tokyo got over 20cm of snow at one time… this week was the 10th.

As I live and work in Setagaya, I made the most of this rare and exciting event by snapping some photos in my neighbourhood. The snow started around 11am, and was quite heavy by 2pm. It continued nonstop till about 11pm, dumping around 20-25cm in those 12 hours. The city truly transformed into a winter wonderland! 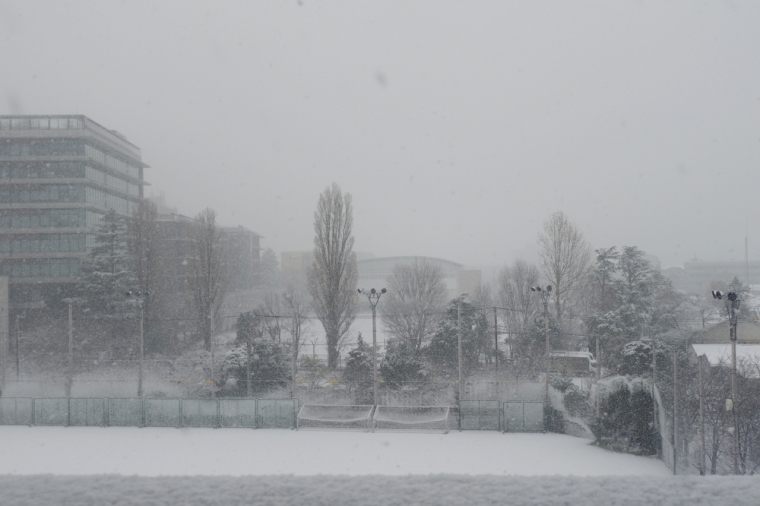 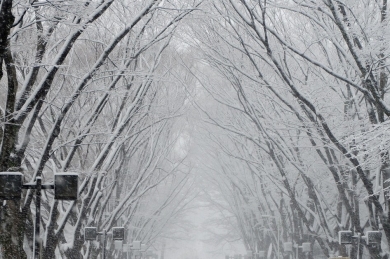 The Setagaya-sen is a little 5km light train line that runs from Sangenjaya to Shimotakaido, connecting three major train lines. It’s one of two surviving ‘tramways’ in Tokyo and has been running since 1925. The trains are all different colours and are only two cars long, so they are super cute. In the snow, they looked like something out of a children’s book, ready to take us away to a magical land! 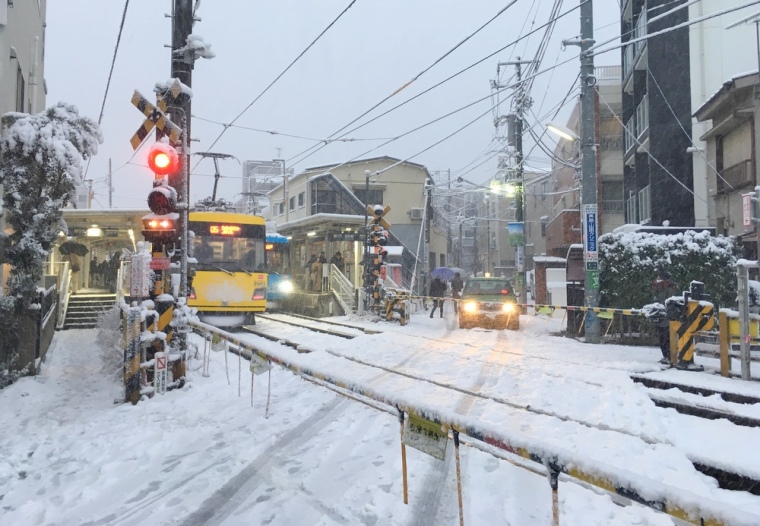 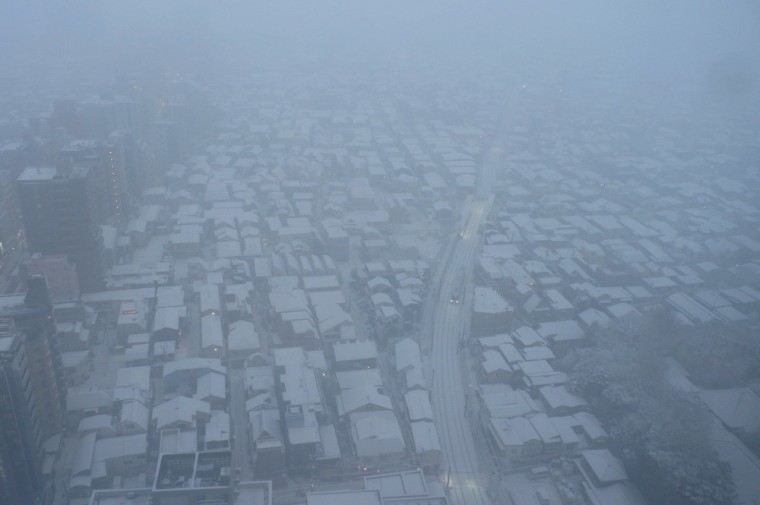 My favourite spot of the night was Sankaku-chitai in Sangenjaya. This triangular-shaped area is squashed in the fork of two main roads and is a maze of tiny restaurants and even tinier bars! The origins of this area can be traced back to the beginning of the Meiji Period when there were three large tea houses that served as rest stops for travellers going west on present-day Setagaya-dori or south on present-day Tamagawa-dori.

Unfortunately, the tea houses have long gone, but what remains is still a charming, atmospheric place. The current ‘triangle’ has not changed since the post-war days. One part is an old, covered arcade full of various shops, while the other is an area open to the elements.

In the evening, the red lanterns at the front of each shop glow to show they’re open. The tightly packed establishments and the electricity lines overhead create a very cozy vibe. On a regular day, it’s amazing, but combined with the fresh, white snow, it was utterly spellbinding. Surprisingly – or considering the weather situation, maybe not – I was the only one there taking photos. Customers would pop out of a bar and scurry off into the night, or would duck out of one place and into another. The snow silenced everything, and the place really took on a whole new character that I’d never seen here before. 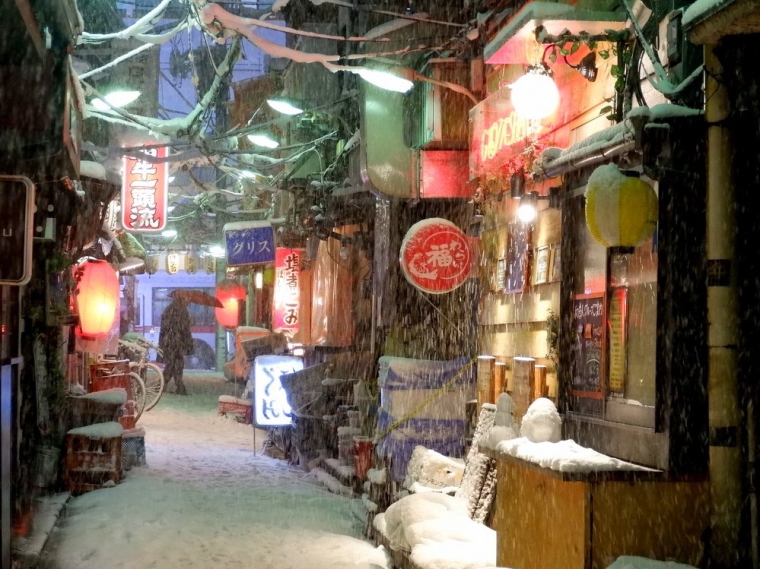 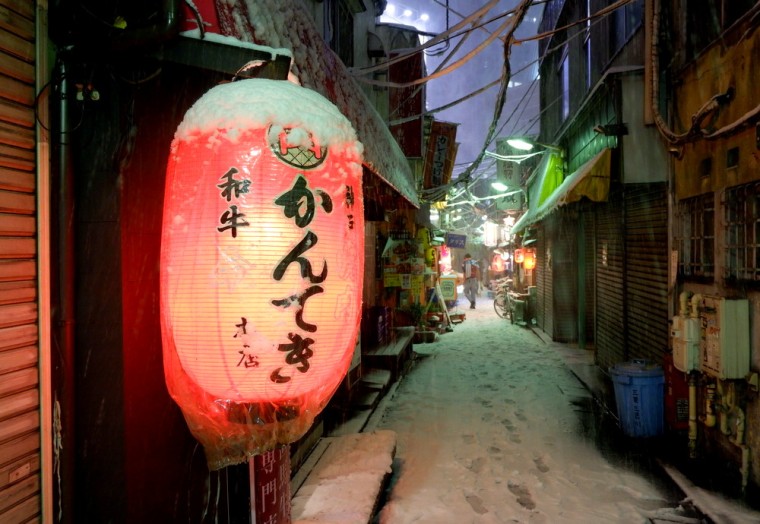 The next day, Tuesday, the skies were blue and the sun was out, but it was freezing. None of the snow had melted and it was still so soft and fluffy. But the temperatures continued to drop and Thursday became the coldest day in Japan in almost 50 years. Tokyo was a very cold -4ºC in the morning, while up north in Hokkaido, they recorded -31ºC! Let’s hope it warms up a little in the days to come! 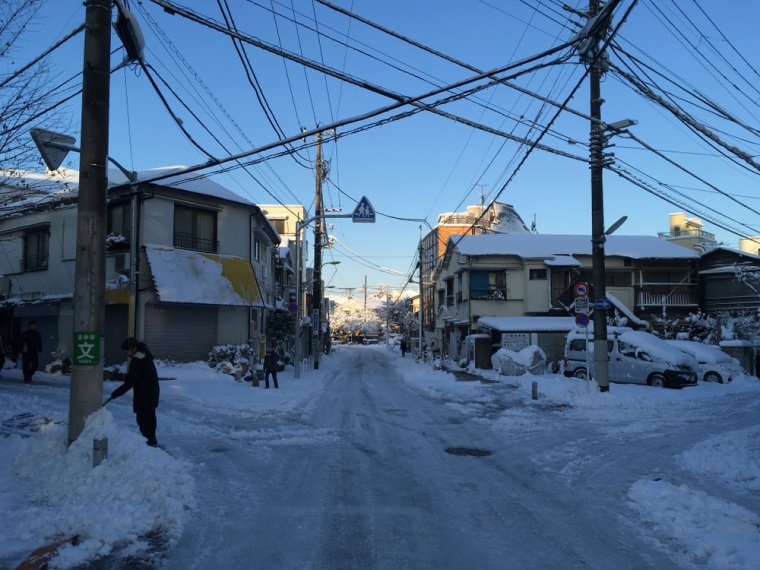 29 thoughts on “Setagaya in the Snow”