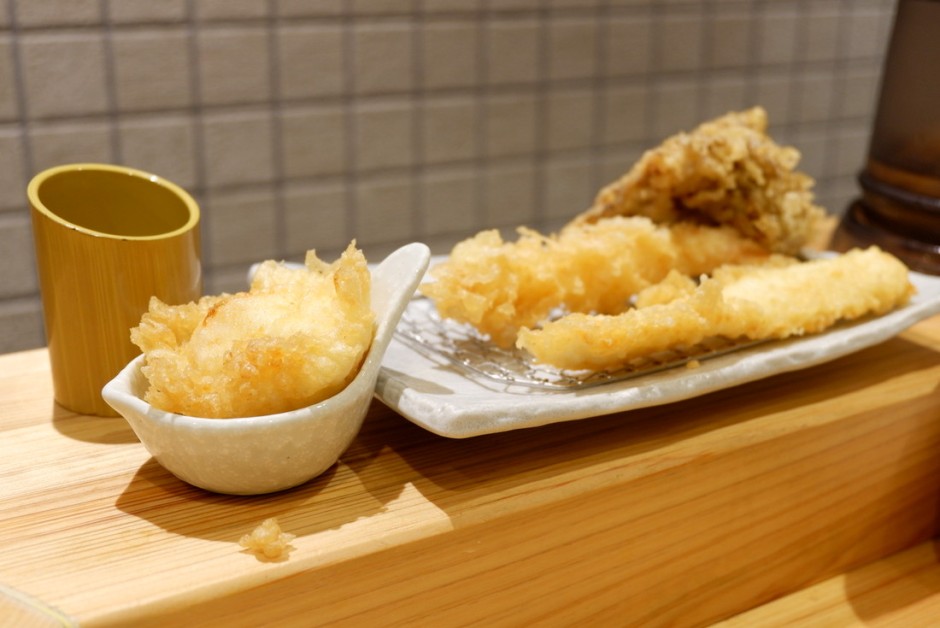 What is your favourite Japanese food? I feel like sushi is the food of the moment. In Australia, the States, Asia… there seems to be a huge sushi craze everywhere you go. Some other popular dishes are okonomiyaki (savoury pancake), ramen (technically Chinese but it’s Japanese enough!), and katsudon (deep-fried pork and egg on rice). Have you ever tried natto? Made of sticky, gooey fermented soybeans, it’s one of those foods that some people like, while the rest of us wonder how and why it was ever invented.

One of the very first Japanese foods I got hooked on is probably a surprise to most people. Generally, it’s not the cheapest dish available, nor the most often consumed. But I absolutely loved tempura, especially tempura udon!

Tempura was introduced in the 1500s during Japan’s period of isolation from the rest of the world. Portugal was one of the only countries permitted to trade on the island of Dejima in Nagasaki, and with them they brought guns and the cooking technique of batter frying! At that time, oil was not widely used in cooking and tempura became a dish reserved for the wealthy. It wasn’t until the Edo Period (1603-1868) that oil production increased and tempura became more accessible for everyday people. Today, even though it’s one of the most popular dishes in Japan, it’s still considered something a little bit special.

The secret to making good tempura lies in the freshness of ingredients, the batter and the oil temperature. You’ll most often see prawns, white fish, squid, renkon (lotus root), various types of mushrooms, pumpkin, sweet potato, shiso leaves and eggplant on a tempura menu. The vegetables should be cut thinly so they cook evenly. When ready, they should be light and crispy so you can bite into them easily. You’ll also have a dish of dashi broth mixed with grated daikon (radish), in which you dip the tempura. Sometimes you can eat it as is, sprinkled only with salt.

Recently, I joined some friends at Makino, a restaurant specializing in tempura. Based in Osaka, they opened a branch in Tokyo at the end of 2016. A small restaurant of just 25 seats, what makes this place unique is its open kitchen, similar to a teppanyaki restaurant where customers see, hear and smell the food being prepared in front of them.

Sitting at the counter, it was interesting to observe the frying technique of the chefs. They would swish the battered foods back and forth once in the hot oil before letting them go. The oil cooks the batter, and the heat that gets trapped inside the batter steams the food.

They only put a few pieces in the pot at a time and as soon as each was ready, it was served onto a dish in front of you. It reminded me of a traditional sushi restaurant where you’re given one sushi at a time by the chef. 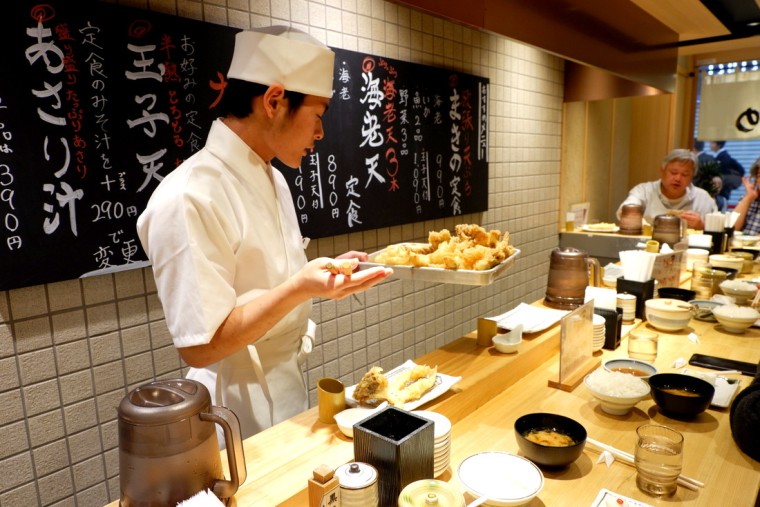 There are just a few different menu options at Makino. I went with the regular ‘Makino teishoku’ which came with miso soup and rice. The tempura food included prawn, squid, two types of fish, mushroom, pumpkin and eggplant. I also chose the tempura soft-boiled egg which you break and eat over the rice. It doesn’t look like a lot, but I was full!

Just as I’d expected, the tempura was light, crispy and easy to eat. I was really surprised by the egg. It was my first time to eat tempura egg, and the runny yolk mixed with the batter and sauce was delicious. Foodie heaven!

If you’d like to visit this restaurant, follow the link for more details >> Tempura Teishoku Makino (Japanese only). The shop I visited was in Musashi-Koyama, less than 10 minutes by train from Meguro. There are also a number of branches in Osaka, Kyoto, Kobe and Nara.