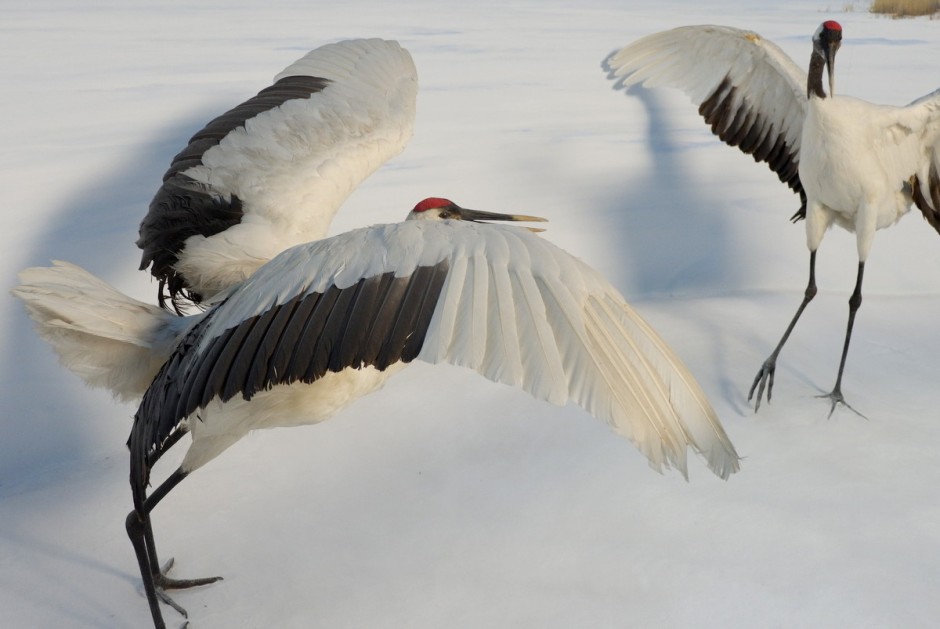 My first encounter with a red-crowned crane was many, many years ago. I was probably around six when I first saw the Japanese folktale book, Tsuru no Ongaeshi (The Crane’s Return of Favour). In the story, a red-crowned crane is rescued from a hunter’s trap by an old man. Under the disguise of a woman, the crane visits the man and his wife to repay them for helping her. She secretly turns back into a crane and weaves silk for them to sell and get money. But when they discover she’s not actually human, she has no choice but to leave and sadly they never see her again. 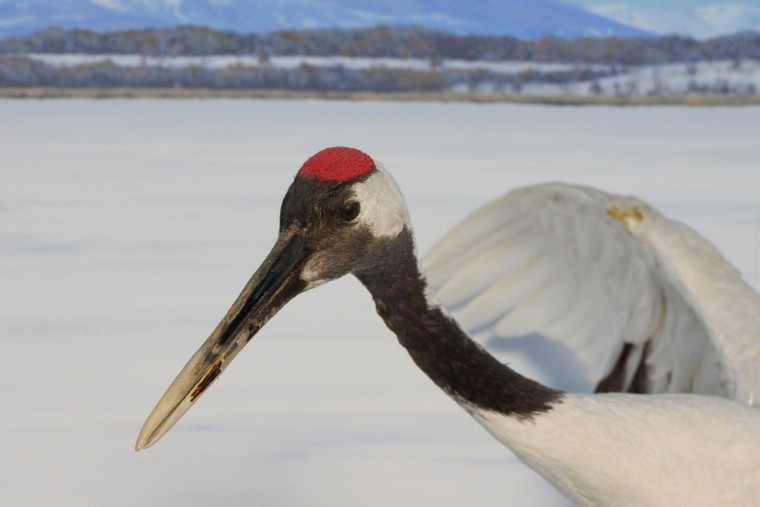 In Japanese, cranes in general are called tsuru, while red-crowned cranes specifically are called tancho. This refers to the red patch of skin on their head which appears when they’re about two years old. Tancho are endangered and exist only in Siberia, China and Hokkaido. It was thought that they were extinct in the early 1900s because of overhunting and urbanisation. But thankfully in 1925, ten birds were found in the Kushiro wetlands (now Kushiro Shitsugen National Park) in Eastern Hokkaido. From then on, a lot was done to protect and breed them. Now there is a population of around 2,000. 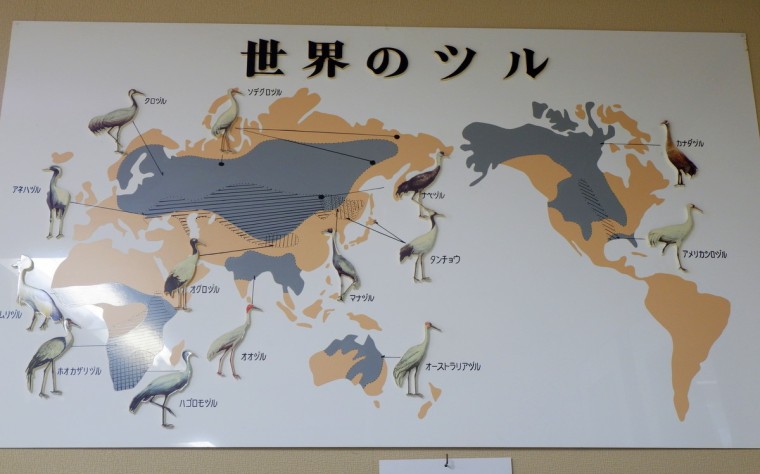 Cranes species around the world 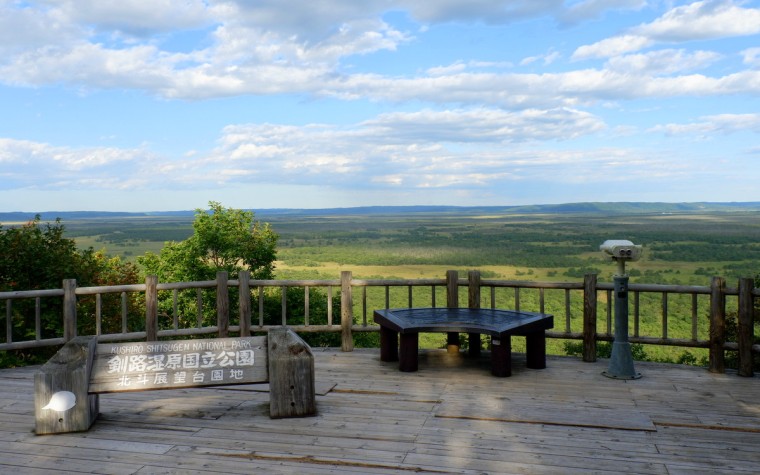 The tancho are probably most famous for their beautiful mating dance. To find a partner, the cranes face each other, throw back their heads, spread their wings and leap up in the air. Thousands of people go to the snow-covered feeding grounds around Kushiro every February to witness this special event. The best place catch this spectacle is near the Akan International Crane Centre. 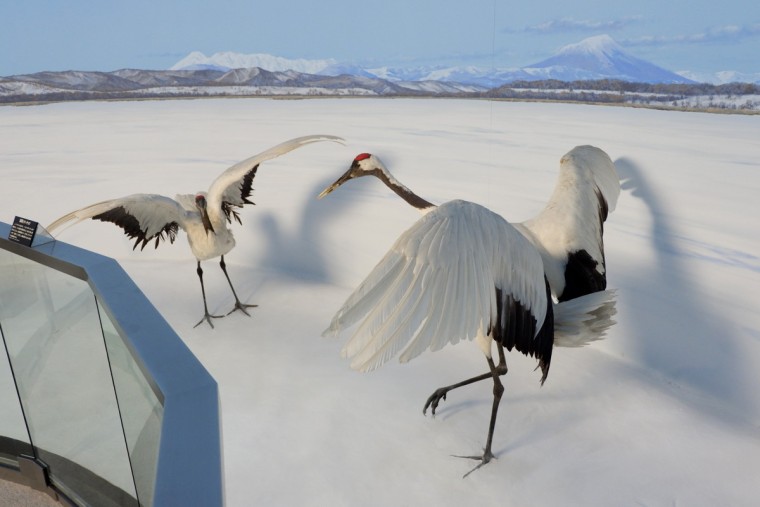 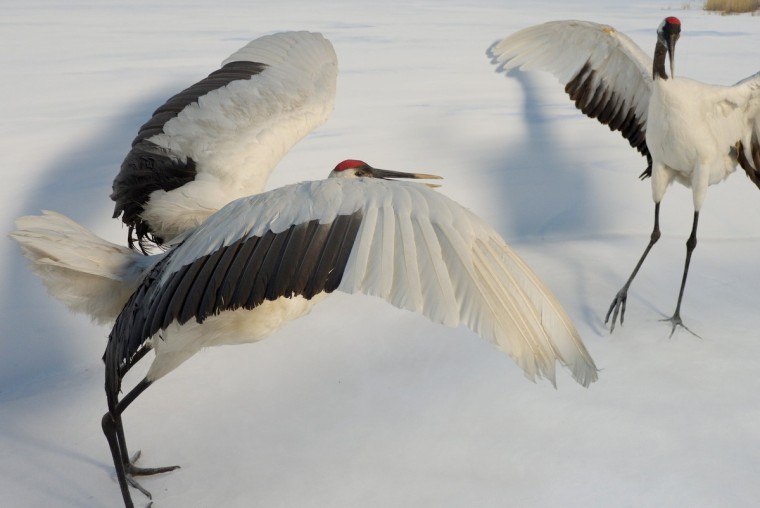 After finding a mating partner, the cranes begin their life together. In March, the pairs build a huge nest made of reeds in the marshlands. The nest is a giant, two-metre wide and 50cm deep cushion, with an indent in the middle where the eggs will be laid. They lay one or two eggs at a time. Then from April, the parents take turns incubating the eggs, switching places around four times a day. About a month after starting incubation, the eggs hatch. The baby cranes have soft brown feathers, and open their eyes and begin walking straight away. 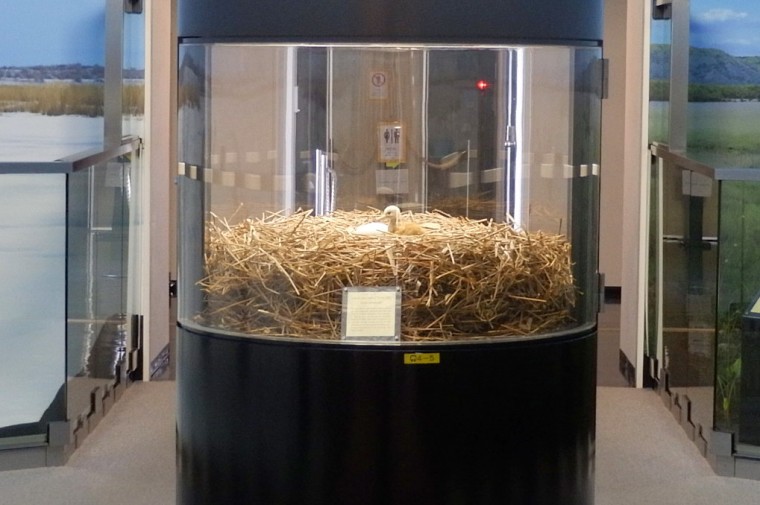 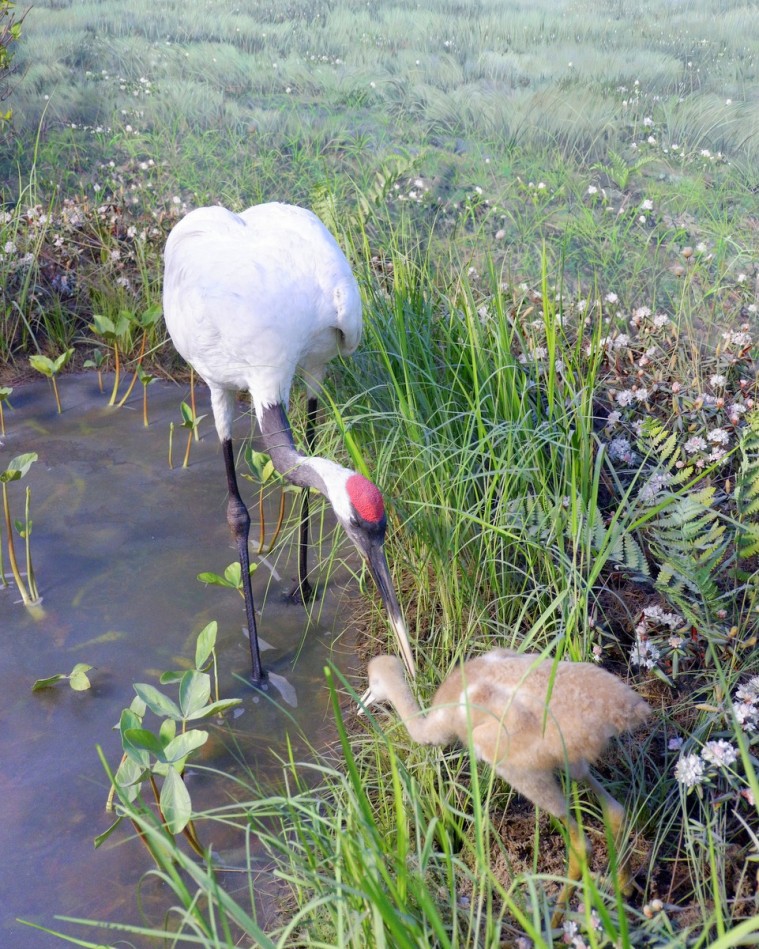 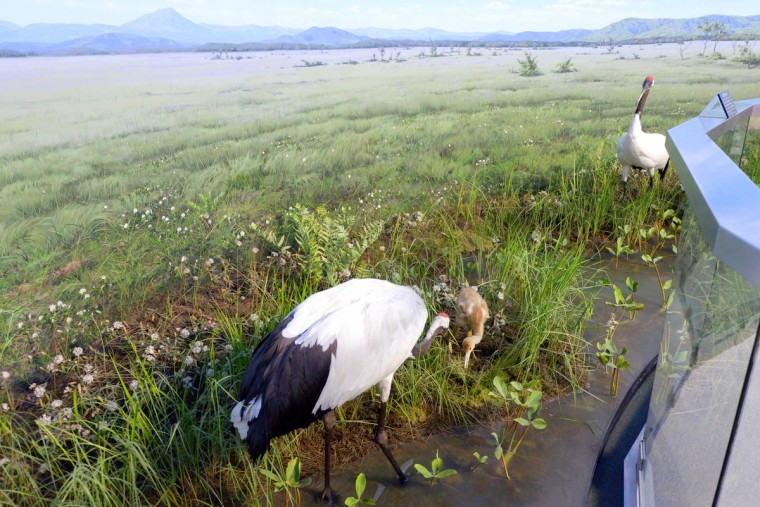 From June to October, the parents take turns feeding their babies. They start with little things like small fish, bits of crayfish, worms and insects. As the chicks get bigger, they start to eat larger fish, shellfish and frogs. They reach the size of their parents when they are just three months old. By 100 days, they are able to fly but they stay with their parents until they are around ten months old. During this time, their brown feathers gradually turn black and white like their parents. And then about three or four years later, they are ready to start breeding! 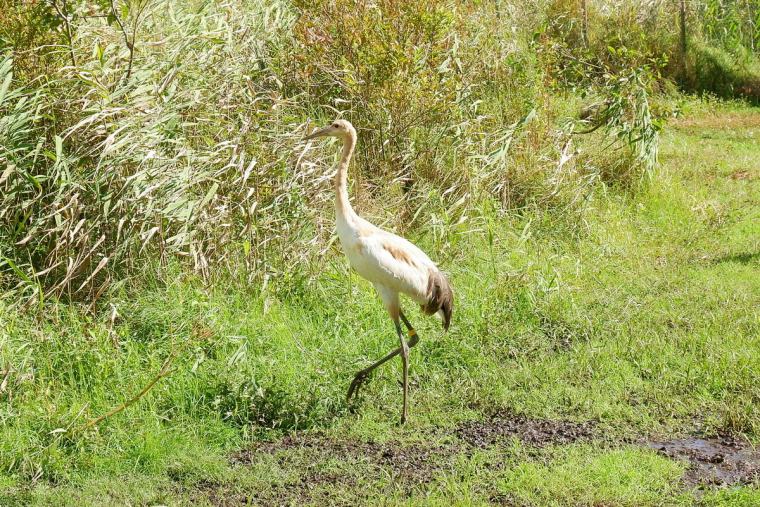 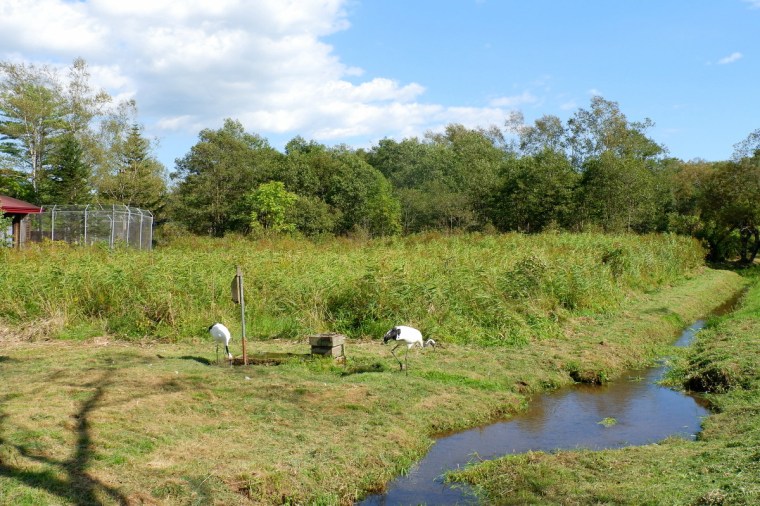 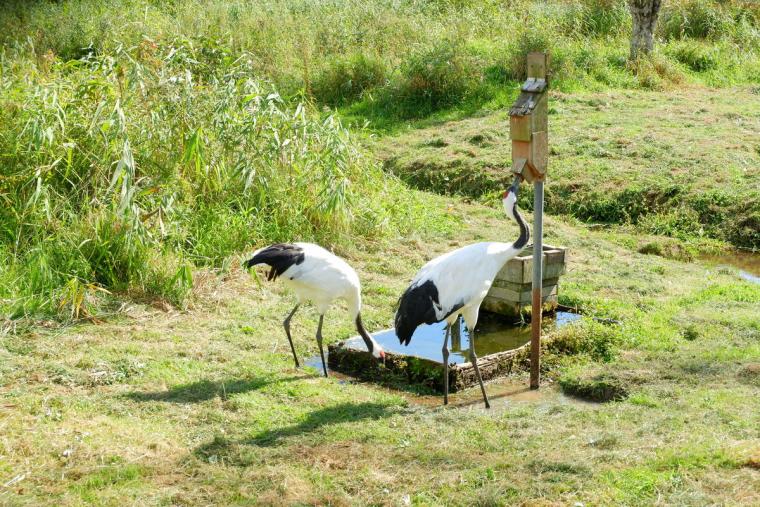 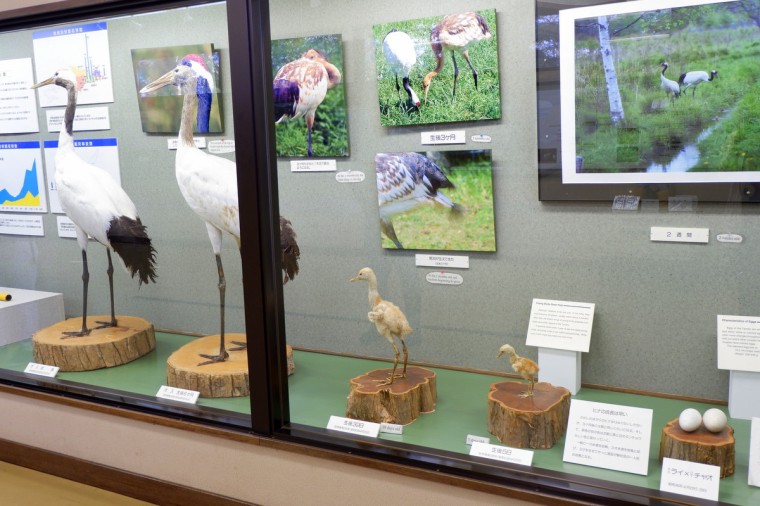 From egg to adult

The red-crowned cranes have become one of the symbols of Japan. They are the logo of Japan Airlines (JAL) and are a popular origami (paper folding) design.

What are some unusual or rare birds you’ve encountered either captive or in the wild?

23 thoughts on “The Beautiful Red-Crowned Cranes of Hokkaido”