The animal cafe craze in Japan doesn’t seem to be going anywhere anytime soon. If anything, I think they’re getting more and more creative, each time making our eyebrows raise a little bit more.

I’m sure everyone has heard of cat cafes. I believe they started out in the early 2000s as a place where people who lived in apartments with pet restriction rules could get their ‘animal-fix’. Cats are relatively low maintenance and there are so many stray cats everywhere that it was only a matter of time before someone came up with the idea of taking care of a bunch of cats and having people come play with them!

These ‘cafes’ made their way onto tourist to-do lists, and gradually the whole concept started to evolve. With their love of all things strange, Japan has created some very unique animal cafes. Though some may make you question whether it’s good for the animals to be in this environment, the animals I’ve seen so far have seemed well taken care of.

The rabbits in this cafe we visited in Shimokitazawa were absolutely the cutest things I’ve ever seen. Their fur was so soft and silky. Some of them had long, droopy ears. Some were spotted like a cow. One in particular that caught my eye was a long-haired breed whose coat was so fluffy it made it look like a sweet little face popping out from a cloud!

The bunnies hopped around the space freely, often sticking with their buddies. They would come when we offered food, but they didn’t seem to like being held, so we ended up just watching them and taking photos for the most part. 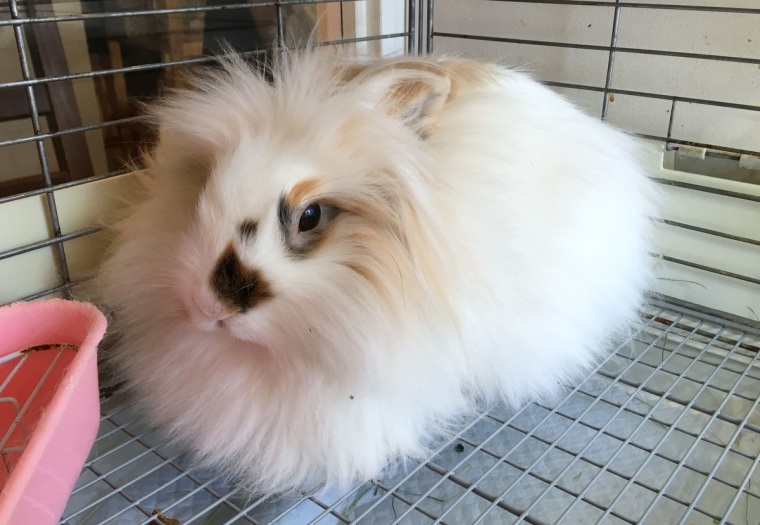 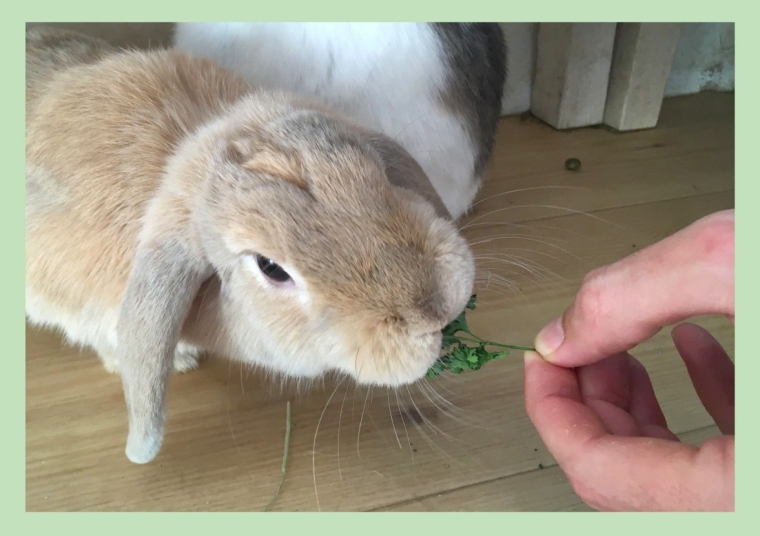 The past couple of years have seen an increase in owls as pets. I have actually seen a few people taking their owl for a walk in park…?!! (By taking a walk, I mean the owl just sits on their arm).

The owl cafe we visited in Akihabara was clean and quiet. They only allow a limited number of visitors at a time so as not to overwhelm the animals. If anyone is looking to go to the same cafe we did —Akiba Fukuro— note they only take online reservations and you have to choose a 1-hour time slot.

It was one of the most bizarre experiences walking into a room full of owls sleeping peacefully on their stands. They ranged from the size of your hand to the length of your forearm. They all have fantastic names—Gorilla, Zebra, Snowman, The Last Samurai, Queen of Heart!! This cafe has 36 owls all up but only a select few can be held at any one time.

We were able to choose two to hold, one at a time. For the bigger birds, we needed to wear gloves to protect us against their sharp claws. It was really cool but I felt a bit awkward at first—how do you even interact with an owl?! I’m used to scratching a dog or cat behind its ear. Owls, as we found out, like getting the feathers between their eyes gently stroked!

Harry Hedgehog opened in Roppongi in 2016, surprising everyone that such a cafe could exist! The little balls of spikes quickly became famous and they expanded in 2017, opening a second cafe in Harajuku.

We chose the Roppongi location for our hedgehog play date, and ended up having a great time! The cafe does accept walk-ins, but since it’s still the ‘latest craze’ I would recommend reserving online especially if you go on the weekend.

We wore gloves to protect our hands from getting pricked, though you are able to hold them with your bare hands at your own risk. Although their entire backs are packed with spikes, their faces are so gentle and their ears so soft. The hogs love to snuggle, so as soon as you pick them up they curl in a ball in the palm of your hands, tucking in their tiny hands and feet—the cutest thing ever! The trouble is, then you feel bad disturbing them, so you end up motionless just sitting there with a snoozing hedgehog! 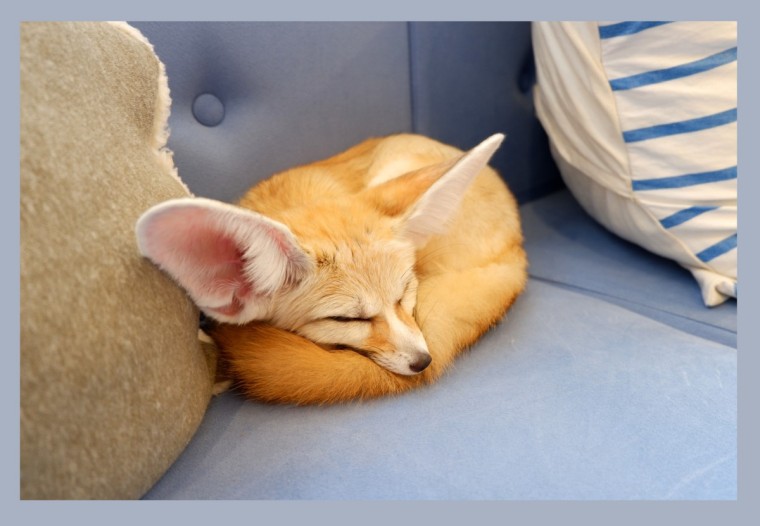 How cute is the resident fox at the hedgehog cafe! His ears were massive!!

Have you ever been to an animal cafe? Would it be something you’d be interested in doing in Tokyo?