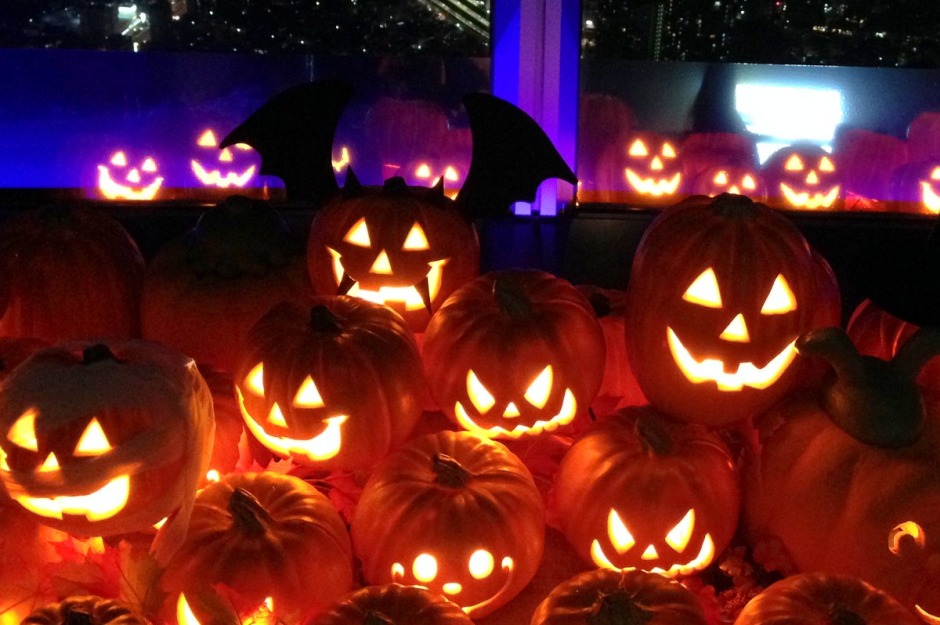 Did you know Halloween is celebrated in Japan? It started as one of Disneyland’s annual themes about 10 years ago, and has now become one of the biggest street parties in Tokyo! END_OF_DOCUMENT_TOKEN_TO_BE_REPLACED

It’s the last weekend of August but summer isn’t over yet! And more importantly, there is still a handful of festivals left on Tokyo’s summer events calendar, like the Harajuku Omotesando Genki Festival Super Yosakoi. This lively two-day festival takes place on August 25-26 (2018) and showcases a Japanese dance called the yosakoi.  END_OF_DOCUMENT_TOKEN_TO_BE_REPLACED 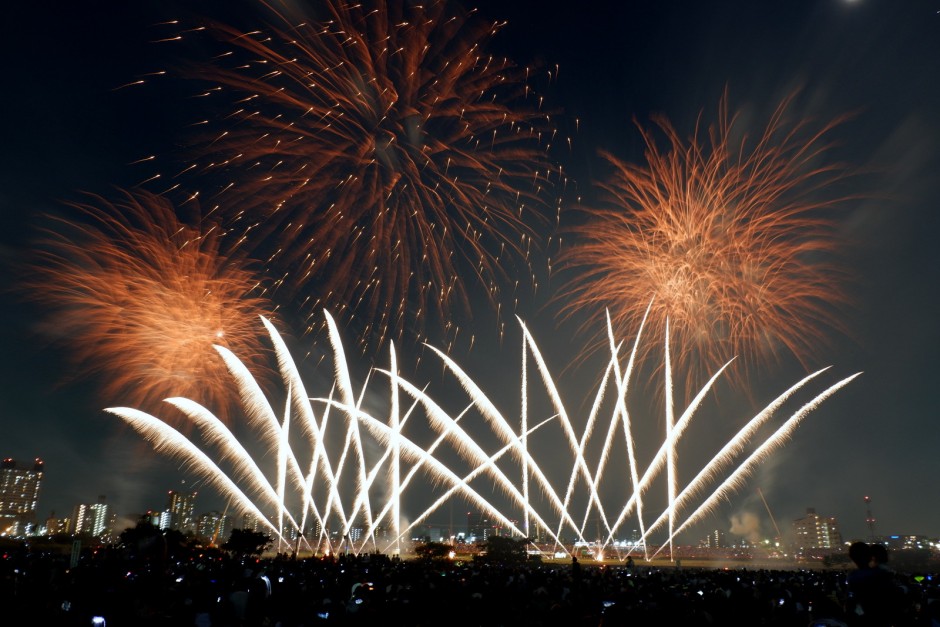 Summers in Tokyo are notoriously hot and humid with heat waves lasting weeks at a time. While all you want to do during the day is stay inside to escape the heat, the nights, on the other hand, entice us out with promises of some of the year’s most exciting events. END_OF_DOCUMENT_TOKEN_TO_BE_REPLACED

When you think of the Japanese way of life, words that typically come to mind are orderly, calm or disciplined.

Then there are matsuri, or Japanese festivals…

My first taste of a ‘chaotic’ festival was the Sanja Matsuri, famous for the yakuza who walk around freely showing off their tattoos. END_OF_DOCUMENT_TOKEN_TO_BE_REPLACED

Right in the very centre of one of the world’s most populous metropolitan areas, is a legendary neighbourhood known as hon no machi, or ‘book town’. Here, book lovers hunt for antiques in streets that have a history spanning as long as Tokyo has been Japan’s capital city.

This week, the entire suburb of Jimbocho has been turned into a massive, outdoor bookstore for the annual Kanda Second-Hand Book Fair, now in its 56th year. I went along on the weekend and was overwhelmed with the amount of books that were spilling out onto the streets. Rows and rows, mound upon mound, bookstores packed with books from the floor to the ceiling. The festival organisers claim there are about 1 million books on sale for this festival! And they’re not all just Japanese books – I picked up a bunch of English novels for myself, and also saw books written in Italian, Spanish and a few other languages.

As I wandered through the atmospherically-lit bookstores that evening, I couldn’t help but think about who else had tread the very same streets. This festival has been running for close to 60 years, but how did this hon no machi come to be?

In the Edo Period (1603-1868), the city was centred around Edo Castle. As with all Japanese castles, it was surrounded by a moat, or 3 in the case of Edo, and on the other side lived the highest-ranking samurai. Because of their status, these samurai had not only large houses, but huge properties. They lived a life of luxury, at least compared to the common people who lived further away from the castle.

In 1868, the military government of Japan was finally overthrown, and the Imperial family took control of the country once again. The family moved from Kyoto to Edo, thus shifting the capital city to what is now Tokyo. The country underwent a major change as it entered its ‘age of enlightenment’. The city became the centre of modernisation, industrialisation and urbanisation. It was an exciting time!

When the Imperial family took over the castle and turned it into the Imperial Palace, the samurai were forced to leave the city. Because of their size, their vacant properties became public schools and hospitals. Some of the schools quickly grew into prestigious universities, like Meiji University which still exists today. Of course, there had always been many people in Japan who were eager to learn, but they now had a common place to study. At the time, only men were allowed to go to school, so the streets were filled with guys studying science, medicine, law, and so on. The concentration of knowledge-hungry students in the area demanded the supply of textbooks and other literature; consequently, a book town was born.

Present day Jimbocho sits on the northern border of the former Edo Castle. Through the years, this book town has seen its fair share of disasters, from fires to bombings to earthquakes, but it has managed to stay alive for almost 150 years! It is a remarkable pocket of history in the modern world. 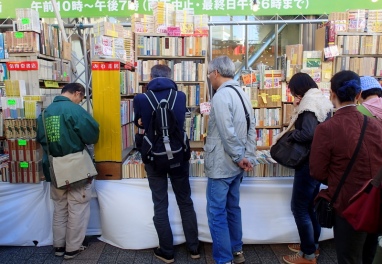 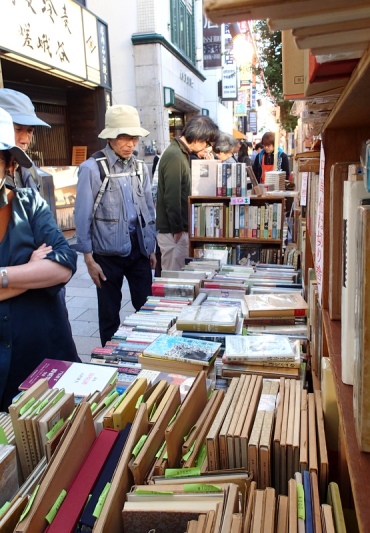 So many books to choose from 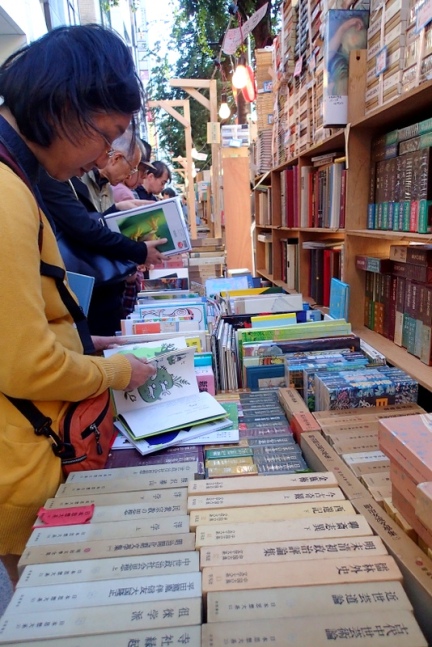 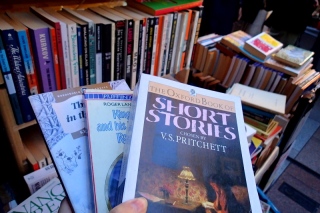 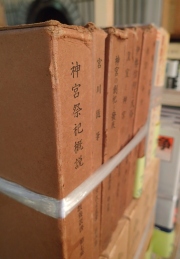 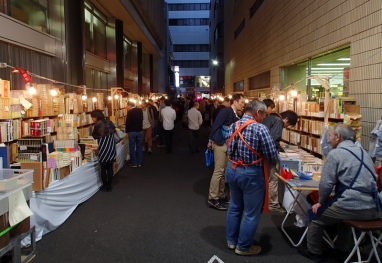 Standing side by side, but worlds apart